Doug, who is campaigning for the development of tennis in Nepal, donated NRs 85,700 to Sandhya. The amount was handed over to her at a function organized by Kaski District Tennis Association (KDTA). 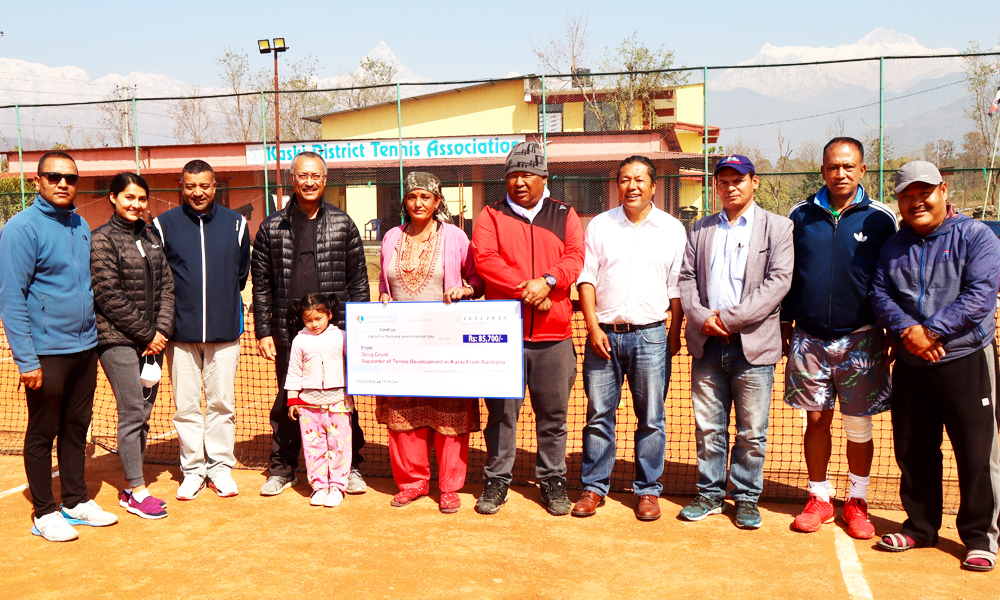 Speaking on the occasion, Rajesh Gurung, a member of the National Sports Council, thanked Doug for his valuable contribution. He said that it would be a great help for the education of Sandhya. He also praised Kaski tennis for its contribution to the development of tennis.

Similarly, Vice President of the Nepal Tennis Association, Binod Kayastha, said Doug ‘s support will definitely aid Sandhya to make her future better. He also appreciated Doug’s support for the development of tennis in Nepal and expressed his gratitude and committed to support Sandhya in her further studies. 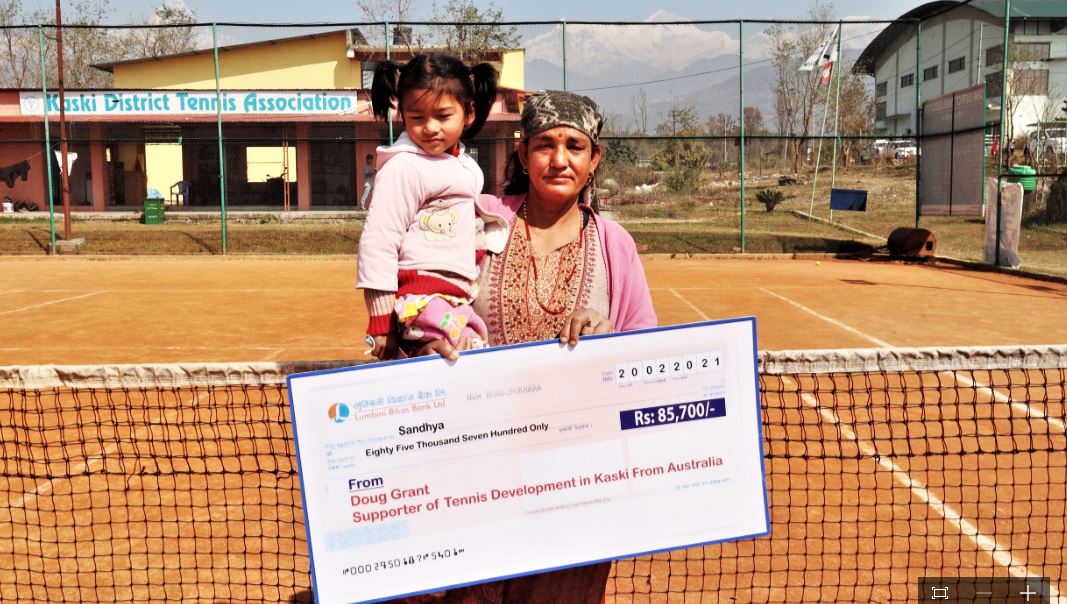 Dorje Lama, president of the KDTA appreciated Doug’s kind action and said he would take the initiative giving platform to help Sandhya to learn tennis. “We are very worried for Sandhya” he said- “we want to give her a tennis platform to make her future better”. 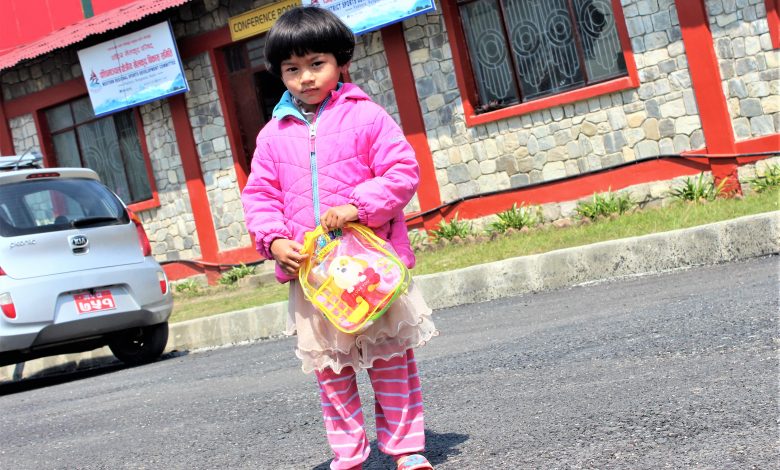 5 years ago, Sandhya as a baby was left by a woman at Pokhara Stadium’s compound. The woman who left the child has not returned yet.  Ever since she was found, Sandhya has been brought up by Vibha Nepali, a poor Nepali woman, who works in Pokhara Stadium. With the support of WRSDC, she has been arranged to study at SOS School in Pokhara.

Who is Doug Grant? 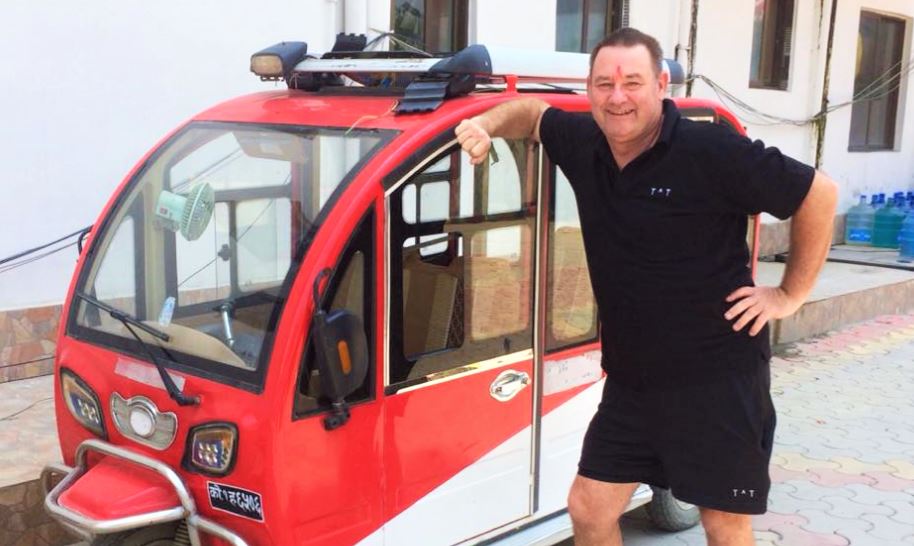 Doug Grant is a campaigner for the development of the game of tennis in Nepal. Doug, who has also earned the title of ‘Tennis Trekkers’, encourages the locals to develop the game of tennis even when he goes trekking in the high hills and mountains of Nepal. Doug carries all the tennis equipment with him on trekking, encourages Nepali youth to play tennis by giving the message that tennis can be played in a small place. He is also married to a Nepalese woman and has a close relationship with many tennis players and tennis campaigners.